Including Animals in Play Therapy — Not Just for Kids! 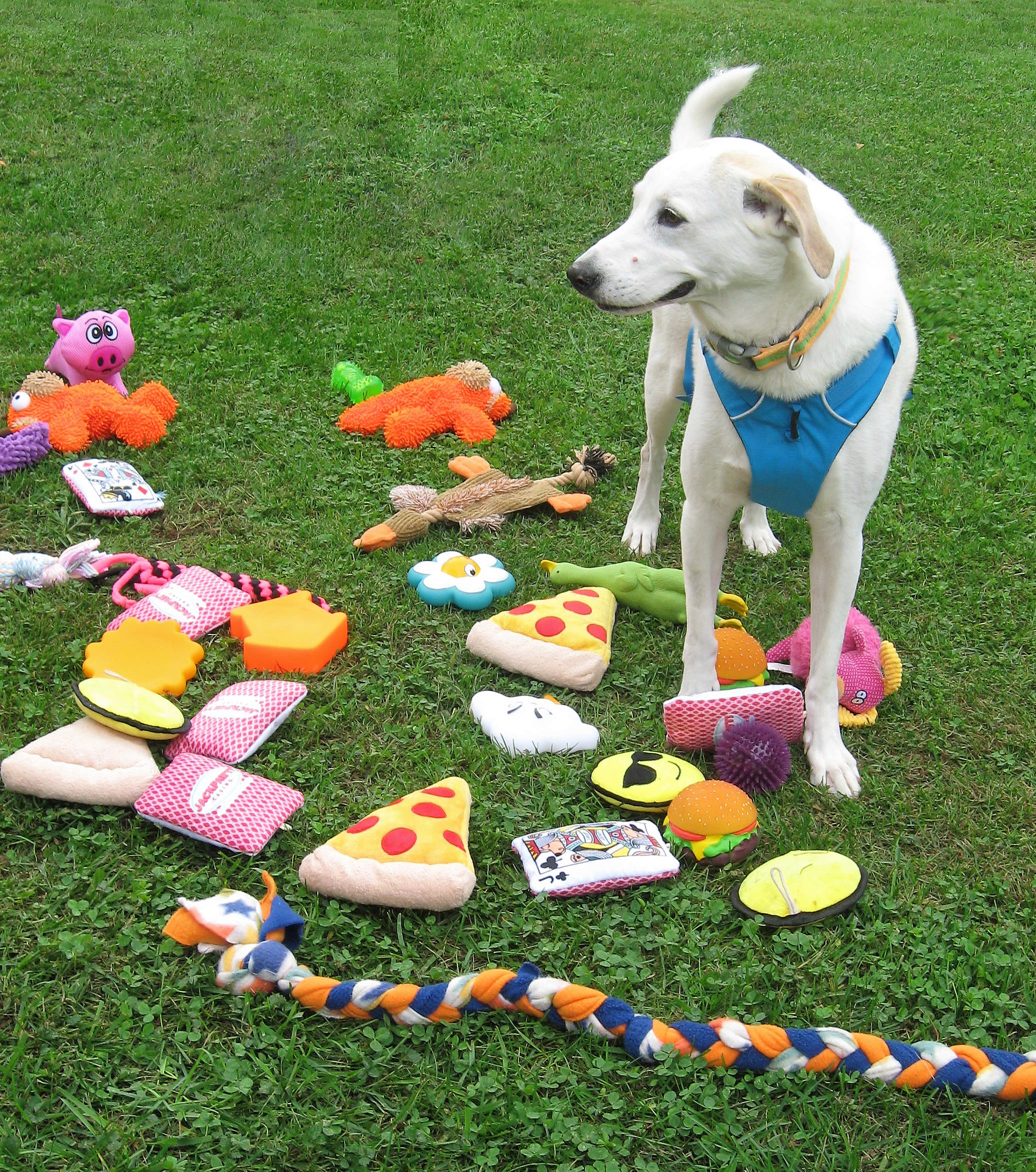 Murrie gets to choose which toys he would like to play with during an activity. Giving animals agency helps them participate in play-based interventions with people of all ages.

Quite often when people hear “play therapy” they think of children. Play therapy uses the therapeutic powers of play (based on the seminal work of Dr. Charles Schaefer) and the natural features of childhood to provide a developmentally-attuned set of interventions and approaches to help children learn and heal. Even so, we know that play is important not only for children, but also for adolescents and adults throughout the lifespan. Humor and playfulness enrich people’s lives while providing a safety valve and coping mechanism for the more intense, serious aspects of life. As Albert Einstein said, “Play is the highest form of research” and described a process of playing with ideas as he developed his highly complex theory of relativity in physics. He also spoke about the importance of imagination, a close relative of play: “When I examine myself and my methods of thought, I come close to the conclusion that the gift of imagination has meant more to me than my talent for absorbing absolute knowledge.” (Quotes from Calaprice, 2011, The Ultimate Quotable Einstein, Princeton University Press and other sources)

Similarly, when people first hear of Animal Assisted Play Therapy™ (AAPT), they often assume that it is an intervention used only for children. In reality, however, the involvement of animals in play therapy is found in many different forms of therapy, counseling, and education designed for all ages. Saying that animals are involved in play therapy simply means that animals play an important role in interventions that include play, playfulness, and humor as means of helping people of all ages find ways to cope with difficult life circumstances, heal from trauma, develop healthier and more reciprocal relationships with others, think more flexibly, learn more readily by adding motivation and interest, and meet a wide range of other therapeutic and learning goals. 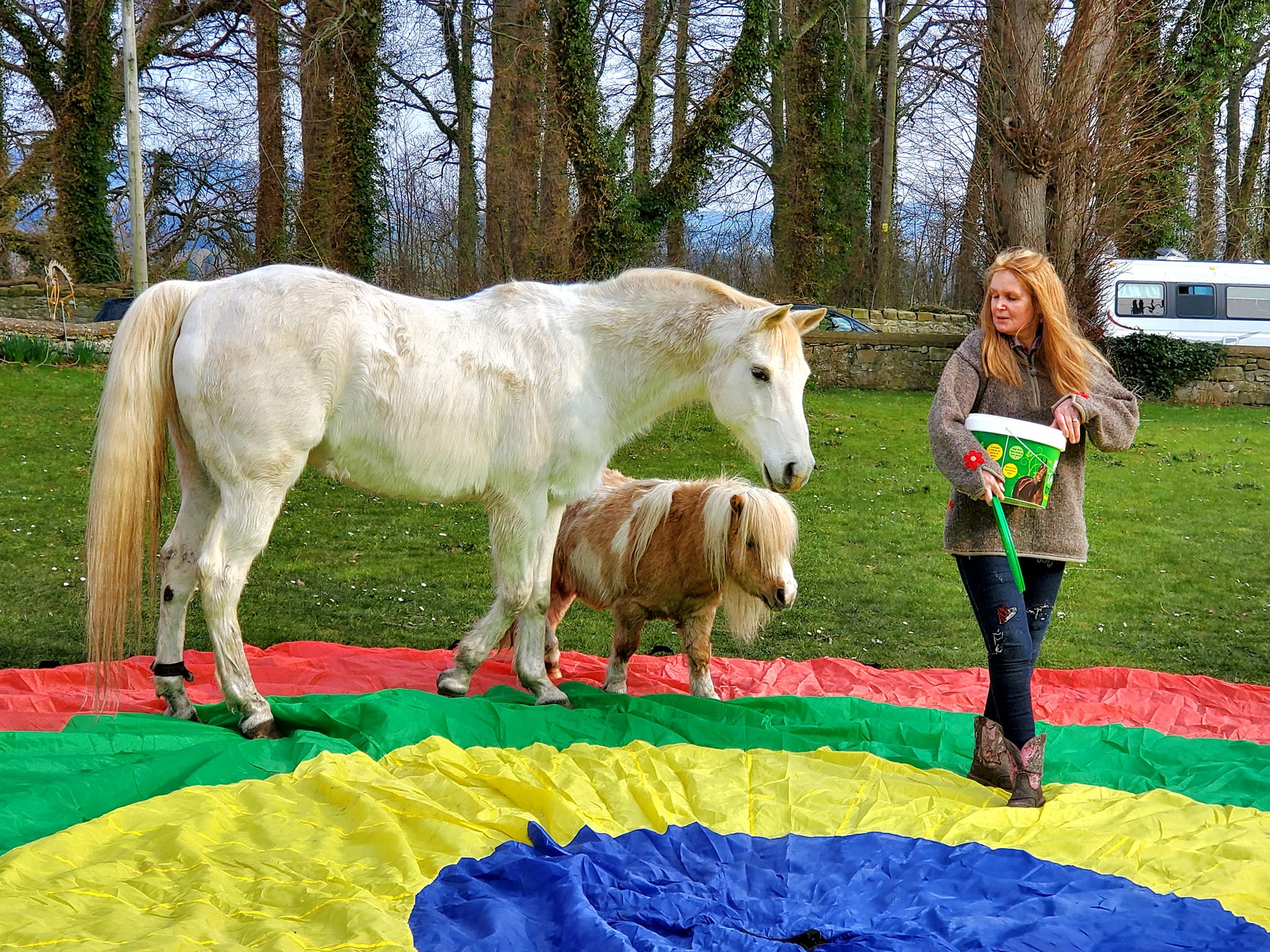 Tracie Faa-Thompson of the UK helps Charlie and Madonna get ready and comfortable with the parachute prior to conducting a demonstration play-based activity with a group of mental health professionals.

Risë VanFleet and Tracie Faa-Thompson were the first to systematically include animals in a wide range of interventions, starting with dogs and horses and expanding their conceptualizations, principles, and interventions to cats, goats, rabbits, cows, and other species with the help of fully trained and Certified Animal Assisted Play Therapists, Supervisors, and Instructors (see the Directory at iiaapt.org). (Their 2018 Maxwell-Award winning book details the development of AAPT: VanFleet & Faa-Thompson, 2017, Animal Assisted Play Therapy, Sarasota, FL: Professional Resource Press).

Their approach to including animals in play therapy practice was designed from its inception as a play-based intervention that emphasized relationships with animals as sentient beings, a belief that nonhuman animals needed to be equals with humans in their therapeutic roles, and a complete dedication to animal welfare and well-being that surpasses any other considerations. As such, advantages of the playful inclusion of animals is that the elements of safe and enjoyable relationships are offered to clients while the animals themselves choose to participate in activities that they enjoy. The animals show behavioral signs that they recognize the lighter atmosphere of the sessions, which seems to build both physical and emotional safety for all participants and capitalizes the relationship-building features of playfulness. 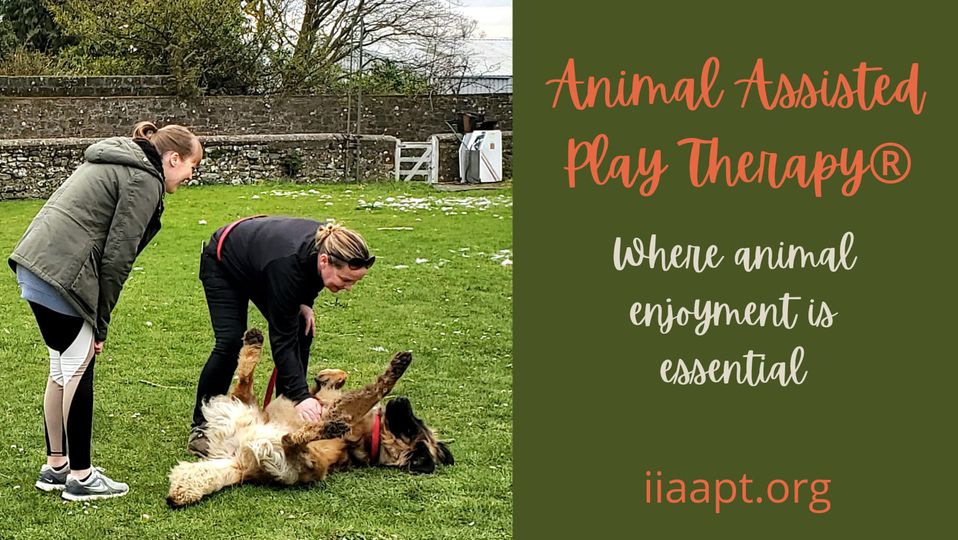 From the start, when AAPT was conducted with families, it became clear that parents, grandparents, and foster parents also gravitated to the animals who were involved and seemed to relax, laugh at some of the animal antics, and also reported that they thoroughly benefited from the interventions as much as their children. Similarly, when groups of school children were involved in AAPT, the teachers and aides accompanying them readily became involved themselves, sometimes to the extent that the group leaders had to remind them that the children also needed to interact with the animals! It was not long after these early observations that animals were included in playful educational and therapeutic sessions with all adults, such as for addiction treatment, business and military leaders, and nature focused activities for active older adults. While other forms of Animal Assisted Interventions (AAIs) had been applied with adults for some time, the addition of fully play-based interventions including humor and creative pursuits showed considerable value for adult participants as shown by their universally enthusiastic reviews. Many spontaneously mentioned that it was both the animals and the light, fun atmosphere created by the AAPT leaders/therapists that put them at ease and allowed them to reflect on their goals for the program. 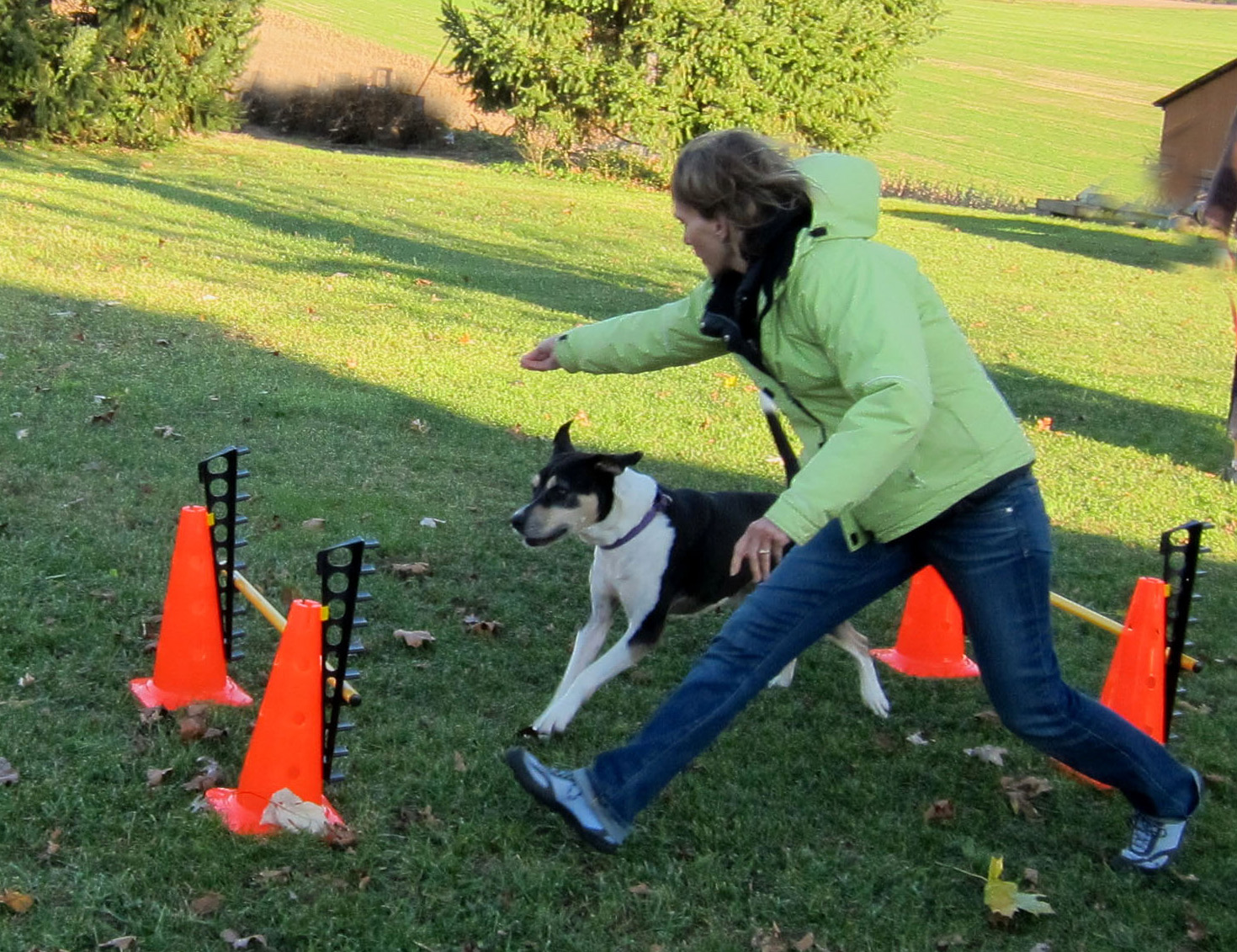 In her younger years, Kirrie loved obstacle courses, which often could be used as therapeutic metaphors for the challenges life presents to people of all ages. Shown here with a training participant.

Including animals in play therapy appears to strengthen many interventions using the unique powers of play. Just as other forms of professional AAIs consist of solid forms of therapy or education beyond simply petting or sitting with animals, animals included in play therapy consists of much more than simply playing with animals. The interventions and activities are carefully planned to help meet clients’ needs while recognizing and respecting the animals’ personalities, playfulness, and choices fully. Increasingly, research on play shows how important it is for people of all ages – from childhood through aging. The inclusion of animals in AAPT has many benefits for the whole range of lifespan development.

It is important to note that it is critical for therapists and educators to obtain proper training and supervision in AAPT before applying it. Other blogposts here describe how to get started on this fascinating journey! 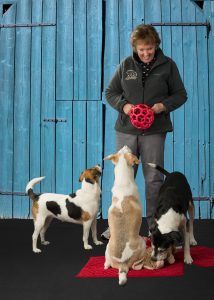 Above: Dr. Risë VanFleet with Josie Patches, Murrie, and the late Kirrie.

Author: Risë VanFleet, PhD, RPT-S, CDBC, CAEBI is the founder and president of the International Institute for Animal Assisted Play Therapy® which offers online and in-person workshops for professionals interested in the many aspects of involving animals in AAPT. AAPT is unique in the strong emphasis it places on relationships with animals that are equal to relationships with other humans, and where animals have agency and choice about their involvement. In AAPT, animals must truly enjoy the work they do, not merely tolerate it. This is accomplished through the goodness-of-fit concept, fluency in reading animal body language, and knowing how to respond in ways that are animal-friendly while still honoring the therapeutic process.